The Great Crochet Project or my excuse for being behind

My project for the Under It All Challenge has been put a bit on the back burner, even though it’s late before I even started. I’ve got plans to make a pair of open crotch drawers and another petticoat. First everything was put off until last minute sewing for Olustee could be finished up (which was only slightly successful). Then last week I was under a school-based time crunch in the form of making sure grades were updated for Progress Reports. And frankly I’m feeling a bit burned out and harried with the ever looming, all powerful FCAT (Florida’s all encompassing standardized test) rapidly approaching. It’s only five weeks away. So instead of sewing, my spare time has been spent working on The Great Crochet Project. Something that I can do on the couch while watching Doctor Who episodes and eating Girl Scout cookies with my mom.

I’m also trying to put the finishing touches on a dress I’m remaking for my sister in time for another reenactment next weekend. We’ll see how that goes.

But I am resolved to get either the drawers or a petticoat done by Wednesday.

In the meantime, here are some shots of my completed Wine Dress and Muff, along with the Striped Berry Hat. 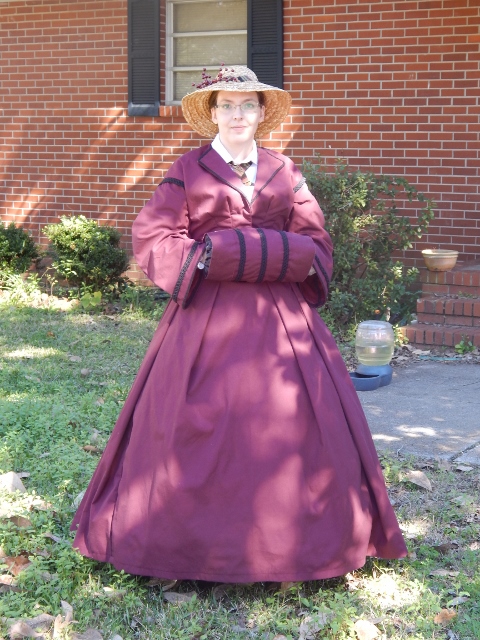 And the pictures below show me modelling a giant circle crocheted shawl that took me the better part of a year to finish. It was totally worth the effort, it’s very warm and uses a pineapple motif that I fell in love with. 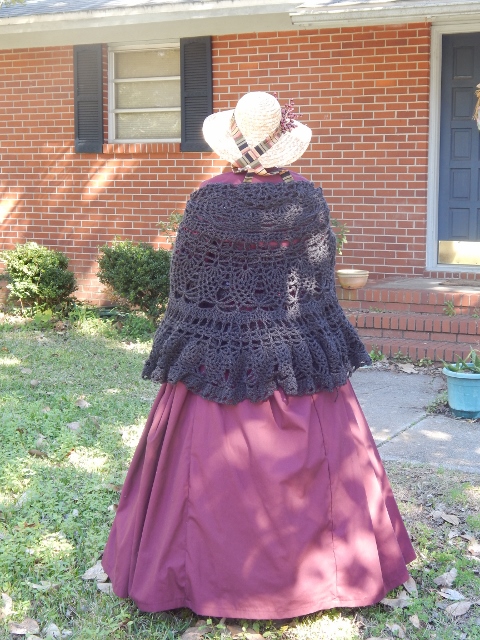 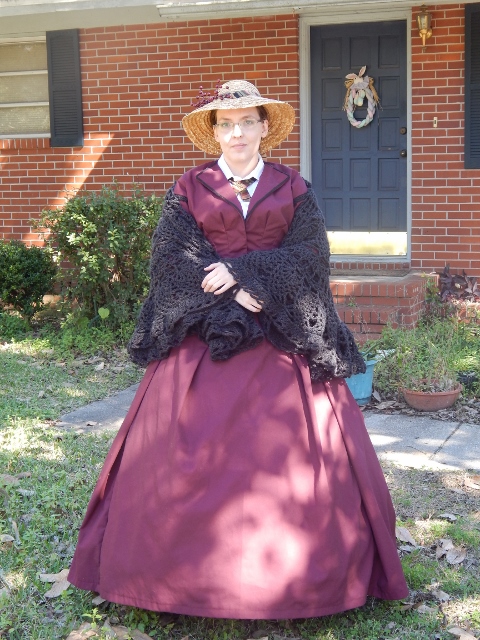