I’ve been having a lot of trouble trying to come up with something for the past few challenges. But I bought an awesome pattern that I was super anxious to try out. 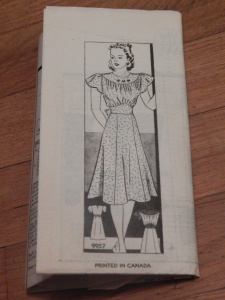 So I’ve been looking for an excuse to make it for this challenge. I finally stumbled across the idea of using feedsack imitation fabric. I’ll be the first to admit that the term “feedsack dress” brings forth mental images of something along the lines of this. 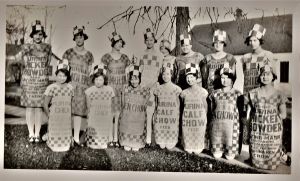 The reality isn’t quite so unfashionable. 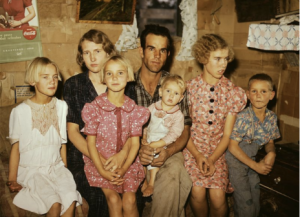 You may be asking yourself, what do feedsacks have to do with politics. The short answer is The Stock Market Crash that led to the Great Depression, which is all tied up in politics and what the government did do or wasn’t able to do to prevent the whole thing from happening.

Now, back in the day (the Great Depression day in case you were wondering) sacks for everything from flour to salt to animal feed were put into cloth sacks. 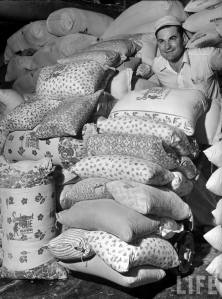 When the Great Depression and the Dust Bowl hit, wives started looking for frugal ways to save money for silly things like food. Women had been using feedsack fabric for things like hand towels and dishrags all along. At some point someone realized they had a source of fabric, that wasn’t exactly free, but it came with something they were already buying. And since they were cutting corners, like the clothing budget, there are really only so many dishrags one family needs when you’ve got kids growing out of their clothes and holes growing in your own. So women started using the fabric for clothing. Then the flour, salt, animal feed, etc. companies realized that women were using their sacks as fabric. So they began putting prints on their sacks, hoping to influence purchasing based on which print a woman liked better. I’ve also read the theory that it was also to persuade buyer loyalty until enough of the fabric was bought to make something…like a dress. 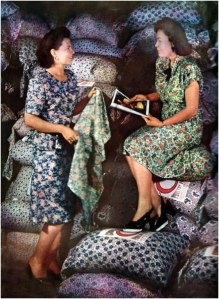 For more information about feedsack fashion, there’s a great post on Appalachian History.

My next step was to find a pattern that was reminiscent of feedsack cloth. That was in my stash, because I’m trying to maintain my budget for summer traveling.

I did find some colors/patterns that are similar to a quilting cotton I originally purchased with the intention of making a nightgown or bathrobe. But who needs another nightgown? Not me! I’d rather have a summery cotton dress! 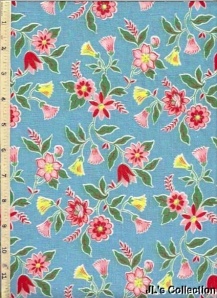 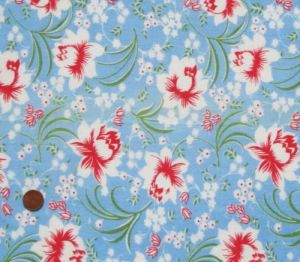 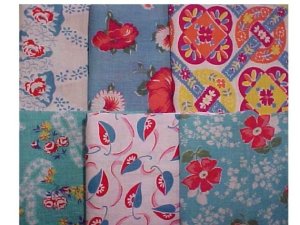 The Challenge: The Politics of Fashion

Year: I’ve found this pattern advertised in a 1939 newspaper, so that’s the year I’m going with.

How historically accurate is it? As accurate as possible without having real actual feedsack cloth available, except for the zipper which I needed so that I could get it to fit. 70%?

Hours to complete: …5 hours…8 hours…again with the not being able to keep track of the time.

First worn: Last week, to a visit to my grandmother. She enjoys seeing my finished projects.

Total cost: It’s been a while since I bought this fabric, but I’d say a total of about $20.

I did actually manage to finish the dress on time for the challenge. And the post was mostly finished as well. My ability to take pictures in a timely manner to add to the post is what tripped me up.